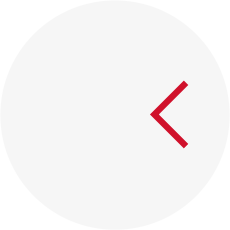 We are a Ukrainian manufacturer of fire, rescue and specialized equipment.

The industrial company Pozhmashina began its activity in 1927 - since then it has formed a wide range of equipment that rescuers need during emergency response. Even in Soviet times, the company managed to produce about 600 units of equipment per year, including for export to different countries.

Our production is advanced technologies, high-precision equipment and processes are automated as much as possible. The design office of our company provides the foundation of domestic engineering innovative developments.

Today, our production facilities allow the State Emergency Service to provide the necessary amount of equipment annually. And on average - about 150 units of universal tanker trucks. We conduct regular training on the operation of fire trucks for DSNC drivers and provide 24/7 service support.

We also accept private orders. According to the requirements of the client, we construct cars with "0", we make them on the chassis chosen by the customer and complete with the most modern equipment.

All-wheel drive with increased volume of water for the forest zone or small spit machines up to 2 tons of water for the city - our company offers new solutions depending on the needs and characteristics of the outback areas.

Support for the bill on localization of production On June 26 in Lviv on Electron the Federation of Employers of Ukraine held a presentation of the bill on localization of production. Localization of production is new plants and technologies, high added value, jobs. The authors and initiators of the localization bill say that in the midst of the economic crisis caused by the coronavirus, Ukraine does not have the opportunity to "flood" its economy with the example of Western countries or China. But we can demand that goods purchased by the state be at least partially manufactured in Ukraine. Thus, to create a market for those companies that are ready to develop production in our country. Dmytro Kysylevskyi and Roksolana Pidlas, deputies of the Verkhovna Rada Committee on Economic Development, said that the bill proposed the introduction of a new criterion for evaluating tender proposals "localization of production." Simplified - this is how many components in the cost of creating a particular technique in the field of mechanical engineering "comes from Ukraine". It is planned that if the bill on localization of production becomes the Law of Ukraine, reports will take place: 🔹 how many jobs are saved, how many jobs are created, 🔹 what new technologies have entered Ukraine, 🔹 how many taxes were paid. Ukrainian industry does not need support, it needs a state policy that exists in all civilized countries of the world. CEO of Pozhmashina Company Oleg Averyanov supported this bill in his report! In his speech, he spoke about the importance of localization in the production of fire and rescue equipment in Ukraine, the mechanisms for creating jobs and the effect that the state will receive. [embed]https://www.youtube.com/watch?v=A2YPmCySQH4[/embed]

The basic law of the state, the Constitution, in Ukraine 🇺🇦 was drafted and agreed upon for about 5 years. The international community has recognized it as one of the most democratic in the world. The Verkhovna Rada of Ukraine worked all night to adopt our Constitution. At 09:18 am on June 28, 1996, in the words of the then Chairman of the Verkhovna Rada, Oleksandr Moroz, "There is a Constitution!" a new milestone in the history of Independent Ukraine has begun🇺🇦! Congratulations to all sincere Ukrainians on this national holiday! We wish you a peaceful sky above your head and native land under your feet! Let's be aware, let's understand that the state begins with us! Happy holiday! Journalists of  Latifundist.com and  Traktorist.ua visited the Company They got acquainted with the process of production of equipment from the beginning to the end and shot an interesting video about us! How did this happen? Who did our guests talk to? What closed production cycles could you see? But what new and interesting things did you learn about the production of modern technology? In the selection of photos to the post only some episodes of the meeting. And more details in the whole film about the Company, which can be seen very soon !! We look forward to it!

Why a grain truck should not drive into the field Let's take a look at this video. What do we see here? Absolutely typical beginning of the working day of the driver, whose grain truck goes to the field to pick grain from the combine. Every morning, the driver is simply forced to blow the air filter, cleaning the dust that has accumulated during the last shift. Such manipulations damage the filter, because it consists of "villi", which actually retain dust, and during regular blowing with a powerful stream of air, they are gradually destroyed. The ability of the filter to retain dust significantly decreases and, in the end, you have to buy a new one, but it also faces a similar fate. In addition, the operation of any truck, which provides regular trips to the field, significantly reduces its service life. The car wears out and needs more and more repairs. This is especially undesirable in the "hot" season for farmers - the harvest. So, we have only two options - less often "blow" the air filter, but then the truck will lose engine power, or "blow" every time before going out into the field, but in this case, the "villi" wear out quickly and dust will fall simply in the engine. Honestly, both options are so-so, because neither of them spares the car and sooner or later it will simply stop working properly. But we have another way - not to go into the field on grain trucks! Let the car wait for loading on the edge of the field, and unloading of grain from the combine is carried out in the hopper-reloading of the checked domestic Egritech brand Why should you choose storage hoppers to work in the fields? Let's understand - if the grain truck does not enter the field, then there should be equipment that will harvest from the combine. Agree, "drive" the combine through the field - it's not just a waste of precious time, compacting the soil, but also losing money. A combine harvester is a technique designed for continuous harvesting that can and should be unloaded in motion without stopping to unload an internal hopper. Frequent stops lead to premature wear of combine parts and are generally undesirable during operation of this type of equipment. So we have the only right way out - to buy a reloading hopper. What does he give us? About 30% time savings when harvesting grain Continuous operation of the combine Prompt removal of crops to grain trucks waiting at the edge of the field Preservation of grain trucks from operation in extreme conditions

Helping people as a vocation of life For some reason it happened that until recently the work of a doctor was not considered something special - a normal job, like hundreds of others. But during the pandemic, we looked at our health workers with completely different eyes. And ordinary people have become real fighters for us. But, in fact, they have always been so. Only our attitude has changed. Now the main thing is not to lose this understanding neither to us, nor to the state as a whole. Tetyana Vilenivna, our nurse and guardian angel, has been working for us in the Company for 35 years, part-time. So easy, but responsible and professional, she helps everyone who needs it. During the long career, much has been seen, done and experienced together with the company. But our Tetyana Vilenivna never doubted one thing - she chose the right profession! Working with people and helping them is a calling. "There was a lot of work - and worked in two shifts, got tired, and injuries occurred to employees, and just sickness. Being a nurse, and even at such a large enterprise is a great responsibility. However, I never regretted my choice. I am happy that I work here and my work benefits people, ”says our nurse. Mrs. Tatiana has two adult sons, whom she is infinitely proud of, and a whole home greenhouse of flowers, some of which have settled in her office. It is noticeable that the flowers also "love" her, because they thank her for her beauty and flowering.

Visit of the head of the Chernihiv Regional State Administration Today our Company was visited by the head of Chernihiv Regional State Administration Andriy Prokopenko, together with the head of Pryluky Regional State Administration Olesya Kislenko. CEO of the Company Oleg Averyanov met the guests and personally introduced them to the company. During the meeting, the leaders of the region and the district got acquainted with the production facilities of the company - visited the "heart" of production - mechanical shop, procurement and welding and assembly and painting shops, saw how the design department and 3D modeling program, which creates our equipment. They also talked to top management - General Director Oleh Borshch, Production Director Valery Ivashchenko, Development Director Oleksandr Savchenko, Chief Designer Serhiy Ivakhnenko and shop managers. The head of the regional state administration expressed interest in the process of restoration of the Holy Intercession Cathedral, which is facilitated by our company and the provision of personal protective equipment during the COVID-19 pandemic. At the end of the tour, Andriy Prokopenko noted that the Pozhmashina Company is a modern Ukrainian enterprise that is making significant progress on the way to improving and developing production. It is noticeable that significant resources are invested in the development of the enterprise, but it is clear that state support for mechanical engineering is also needed. " Continuing the conversation, CEO Oleh Averyanov noted that “We are the company that creates jobs for Ukrainians, pays taxes to the state budget and develops the domestic economy. Mechanical engineering is an industry that should be developed, otherwise you will not build a state, ”he concluded.